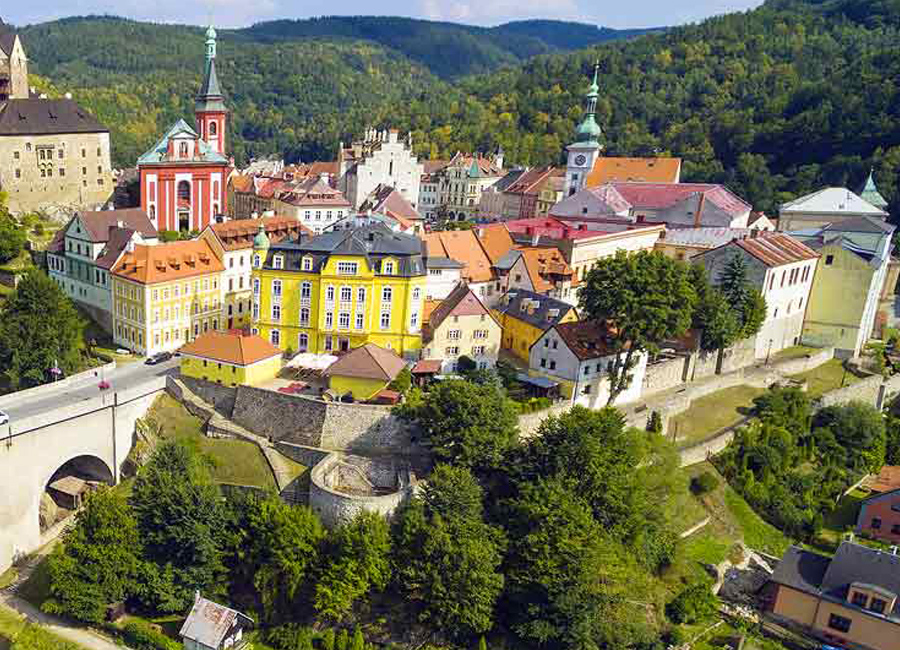 Kripa Overseas Consultancy is leading consultant of Student Visa for Czech Republic in Vadodara. The Czech republic is a landlocked country that shares its land borders with Germany, Austria, Poland and Slovakia as its immediate geographic neighbors. The Czech republic consists of two historic states known as Bohemia and Moravia. It has had one of the most tumultuous histories not only in the region, but also in the world, thanks to a constant transfer of power because of wars and uprisings. Finally, it aligned itself with the Soviet Union and after the collapse of the USSR, it broke into two separate countries, the Czech Republic.and Slovakia.

The Czech Republic is a multi party parliamentarian government that is headed by the President, who is directly elected by the people through public polls once every five years. The President then appoints the Prime Minister and the cabinet of Ministers. The ministers are housed in bicameral parliament.

The Czech system of education has compulsory as well voluntary parts inbuilt into the education system. However, when a student opts to change institutions, he or she has to appear for and satisfactorily clear the examination that has been set by the institute that they intend to attend.

Students from abroad are advised to get beforehand all the information about study in the Czech Republic. Students desirous of pursuing further studies in the Czech Republic can opt for either the secondary courses where they have the opportunity to study and research in Czech republic and attain a DiS which translates to Specialist with Diploma. The course of this diploma has a duration of three years.

Why Study in Czech Republic?

As in any other country that boasts of better educational facilities strive to attract students from other countries, not just in the region, but also from across other parts of the world, it is imperative to have unique features that can help the students to partake not just a quality education to enhance what they have already studied but also to give them the right balance that will enable them to return with an enhanced level of knowledge gained as well as a better perspective on the world around them. The following are some of the features that students opting for higher studies in the Czech Republic can look forward to.


With such rich and diverse exposure to cross cultural experiences offered on a platter and involuntarily, students coming to the Czech Republic whether they choose to study literature, history or enroll for higher degree in engineering study in the Czech Republic, they are ensured of a wider perspective when they go back as a full rounded citizen of the world.