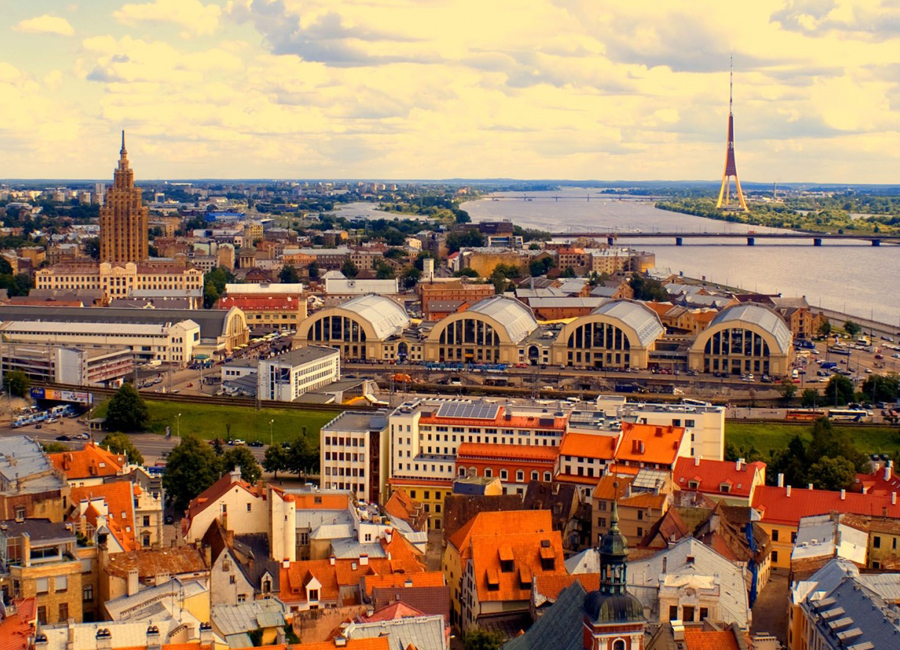 Latvia is comparatively small country in North-eastern Europe, on the east coast of the Baltic Sea and is bound by Belarus, Estonia, Lithuania and Russia. It is situated on a trade crossroads and has long since served as a bridge between Western Europe and Russia. Nearly one third of the 2.3 million people population live in Riga, the capital of the country. The landscape of the country is marked by lowland plains and rolling hills. It has an extensive network of rivers, thousands of lakes and hundreds of kilometres of undeveloped seashore lined by pine forests, dunes, and continuous white sand beaches. The official language is Latvian. The most widely used foreign languages in the country are English, Russian and German.

Latvia is a small but very unique country that is located in Northern Europe, at the East shore of Baltic sea. Latvia is one of Baltic States. Latvia is very unique in many ways: it is a country with small area and low density of population, rich culture and various, virgin nature, clean air because forests cover the biggest part of this land, lakes and river valleys, different nature parks and ancient buildings-churches, castles, hotels and resorts, big malls. Latvia is described as calm life style in comparison with other countries and cities. There are unobtrusive and hospitable inhabitants and safe environment. Old Riga and its narrow streets, antique buildings in Old Riga, Jūrmala, long beach with white sands, competition "New Wave", Laima Vaikule and Raimonds Pauls, Melngalvju nams, Brain Storm, KVN, the castle of Riga, Riga balsam are things associated with Riga, Latvia.

Geographically exclusive location of Latvia provides many benefits because Latvia and Riga is at the centre of Europe that allows reaching every European city very easy and fast.

Official name: Riga;
Population 702 000;
Area: 307,17 km2;
Location: at the Daugava river, bay of Riga at the shore of Baltic Sea in Northern
Europe; Riga in 2014: European Capital of Culture.
Riga is the centre of finances, transport and transactions in Baltic States. Riga is the capital of Latvia and the biggest city in Baltic States. The centre of Riga (Old Riga) has kept many cultural and historical evidence till nowadays that is disclosed by narrow streets of the Old Riga built in medieval times which still are covered with medieval pavement. Every guest of Riga can find an interesting way how to study this city. In 2014 Riga received a title to become European Capital of Culture. Riga can be proud of its rich life of culture because in every week there are different celebrations of culture, concerts, exhibitions and festivals.

Latvia is surrounded by a seacoast of Baltic Sea that is almost 500 km long sand beach. There are modern port towns, unique spa towns, fishing villages, quit and virgin spots of nature at the shore of Baltic Sea where different leisure opportunities are developed. In Latvia seacoast is very diversified. In Kurland it is with virgin nature where civilization is rarity and then there is the biggest and most popular Baltic spa town Jūrmala and seacoast of Vidzeme where are different towns and villages offering different leisure opportunities.

Jūrmala is the Latvian spa town that is well known in Baltics, Russia and other countries. It is located at the Gulf of Riga 20 km from capital Riga. Jūrmala is characterized by its long, white sand beaches and vaunted hotels with a view at the sea and healing sanatoriums, rehabilitation centres, SPA, cafes and restaurants. Dzintari is the richest centre of culture in Jūrmala where is concert hall that creates unforgettable atmosphere where many concerts, international competition New Wave and humour festivals have taken place for many years. Jūrmala is described by its sea air, soft climate, sun, seas, pine forest and relaxation for every taste. These are things you will enjoy in Jūrmala.