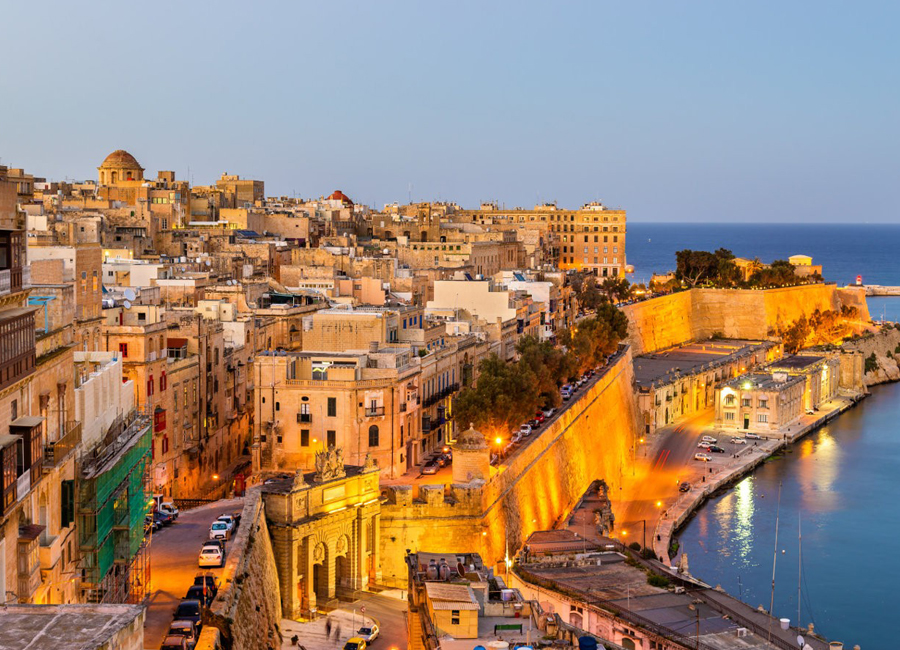 Malta is an archipelago in the central Mediterranean between Sicily and the North African coast. It's a nation known for historic sites related to a succession of rulers including the Romans, Moors, Knights of Saint John, French and British. It has numerous fortresses, megalithic temples and the Ħal Saflieni Hypogeum, a subterranean complex of halls and burial chambers dating to circa 4000 B.C.
Capital: Valletta
Currency: Euro
Malta is packed with attractions and places of interest.
The capital city of Valletta host to regular plays and concerts, as well as scores of exhibitions and street events. The Museum of Archaeology in Valletta houses an exceptionally rich collection of prehistoric artefacts. The War Museum at Fort St. Elmo is home to a Sunday military parade in period costumes re-enactment and the capital also possesses the impressive Grand Master's Palace and St. John's Co-cathedral.

With 7,000 years of history, the sites to visit are endless - Megalithic temples, underground catacombs, churches and forts are not to be missed. Interactive walkthrough and multimedia attractions offer an overview of Malta's history in under an hour. They're interesting and a great way to learn the significance of what visitors will later be looking at.

The Museum of Roman Antiquities and various other sites are found in Rabat. The Cathedral and its museum in the fortified medieval city of Mdina, right next door to Rabat, are not to be missed, For a romantic stroll like no other, wander the lamp lit streets of Mdina at night. Don't miss the renowned chocolate cake at Fontanella Tea rooms, situated right on the bastion with a spectacular view.

For those who love art, the possibilities are endless - visit the impressive collection at the National Museum of Fine Arts, see the Caravaggio's Beheading of St. John at St. John's co-Cathedral and visit medieval Palazzo Falson in Mdina with its collection of antiques. To view more contemporary work, walk around the exhibits at the St. John's Cavalier Art Centre.

Children will enjoy activity and fun parks, which include the original movie set where Popeye was filmed.